Perimenopause? The Transition Stage Before Menopause 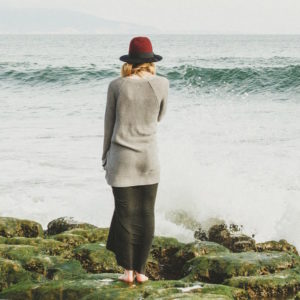 Perimenopause is the natural transition that your body goes through before reaching “official” menopause (which is defined as 12 consecutive months without having a menstrual period). During this process, your hormones begin to fluctuate, and these changes can play a major role in how you function and feel.

For some women, perimenopause can begin as early as their 30’s, and for other women it may not start until their 50’s.

While research about aging and autism is lacking, what we do know is that during perimenopause women on the spectrum can see an increase in:

In addition to the symptoms associated with shifting hormones, women on the Autism spectrum often report feeling afraid that they will not be able to function independently as a result of their symptoms.

In my late thirties and early forties I started to experience extreme sensitivities to cold, touch and sound, much like I had when I was a child. Cold was not just uncomfortable, it became painful. A cough or someone clearing their throat would cause me to startle, and forget going to grocery stores and gas stations.  I couldn’t process the combination of lights, sounds and smells without shutting down.

I started experiencing foggy thinking and worrying about my ability to function long-term. What happened to my mind? I couldn’t organize my thoughts anymore and started having trouble getting things accomplished.

In addition, my menstrual cycle became very heavy, I had intense cramps, aching joints and nausea that would keep me in bed for two days. Getting enough sleep has always been an issue for me, but this problem got progressively worse. I also started experiencing an ‘electrical jolt’ sensation in my body, especially at night.

Aging is Normal. Suffering is NOT

Perimenopause and menopause are the natural healthy progression that women go through in the course of their lives. Extreme or painful symptoms can be a sign that something is out of balance and needs to be addressed. Autistic women may be so accustomed to anxiety, depression and physical pain that it can be hard to recognize if and when to seek help for perimenopausal symptoms. A good rule of thumb is to ask yourself the following two questions:

If you find that one or more symptoms typically associated with perimenopause and menopause are interfering with your relationships and/or responsibilities, you might want to explore available options to  address your symptoms.

To learn more about your options, watch this space. We’ll be discussing them in depth in the coming weeks.

Check out the Autistic Woman’s Cycle Calendar which helps you keep track of changing symptoms, understand your body’s cycle and communicate with your healthcare professional.